Saffron History has Origins in Minor Asia, where stems were used to dye imported fabrics then from the Phoenicians throughout the Mediterranean, then the Arabs in their conquests will spread their use, including Spain and India that They used it in their typical dishes.

The Romans already knew this precious spice, imported only for medicinal uses, Ovid, a famous Roman poet of the 45th century, also created a mythology telling of a great love between the Ninfa Smilace and a young warrior called Krokus. This love was opposed by Gods to such an extent that Krokus brought suicide, making Smilace go crazy. The gods repented of what they had allowed the two to relive in two plants, the nymph in “Smilax Aspera” with spiny branches and heart-shaped leaves, the warrior in the “Crocus Sativus” with its purple pride, but With a warm and luminous soul represented by the stimuli.
The cultivation of Zafferano’s flower in Italy took place only towards the end of 1300 thanks to Dominican Friar Dominic Santucci, who worked many years for the Spanish inquisition, then to return to Italy and plant some bulbs in his lands of Abruzzo where they grabbed and began the Italian production. 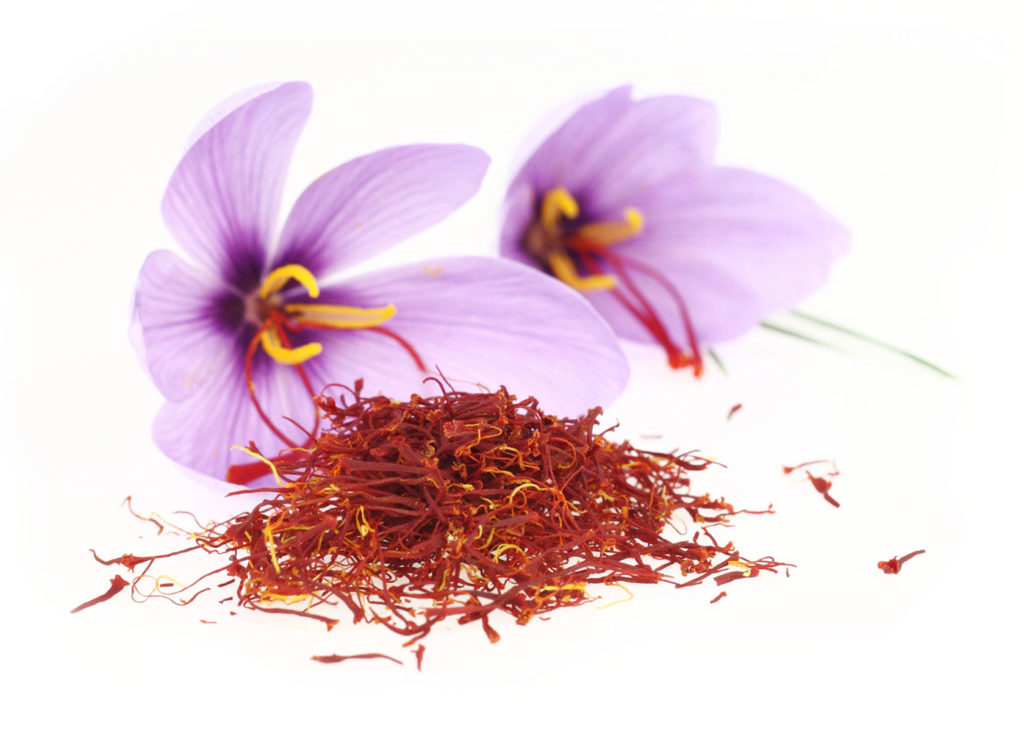